Roberto Torres-Cedillo is a Mexican-born American multimedia producer and host for CBN.

Since 2017, he has been the lead content creator of Club 700 Hoy's social media outlets for the Spanish-speaking world. Through creative narrative and spoken-word videos, Roberto communicates a message of hope anchored in the power of faith to weather and overcome the storms of life.

In 2016, he contributed as a guest author for the book Prisioneros de Esperanza, which recounts his parents' life-long journey of raising a child with a genetic bleeding disorder and how God transformed this trial to produce in him perseverance and compassion to help those who are suffering and in need.

Roberto was awarded the Scholars Weekend scholarship to Regent University and earned a B.A. in Communication Studies; he also received the OneHope Fellows scholarship for emerging leaders and earned a M.A. in Global Ministry Design from The Moody Bible Institute.

In his leisure time, Roberto is an avid reader and aspiring wordsmith who enjoys learning other languages and experiencing diverse cultures. He and his wife, Annika, have been blessed with a beautiful baby boy and look forward to traveling as a family and discovering new places.

Jessica Datsko is producer and host of CBN's Life-Changers, and worked on other CBN programs such as The Superbook Show and 700 Club Interactive. As a Mexican-American who was raised in a family that often traveled, Jessica is fascinated by peoples and cultures around the world. One of her deepest passions is to live from a place of remembrance — to have a deep awareness of God's historical faithfulness in her life and in the lives of the people she encounters.

In her spare time, Jessica and her Ukrainian-American husband, Maksim, enjoy songwriting, learning a variety of topics, going on culinary adventures, and experiencing God through nature. In 2014, she was awarded a full-tuition scholarship to Regent University where she graduated three years later with a degree in Biophysical Sciences. Jessica is an avid reader and dabbles in many hobbies including learning other languages, dancing, acting, and writing. She is often recognized for her talent as a well-developed singer and currently serves as a worship leader at her church.

Ben Edwards has been part of the CBN ministry since 1984. Ben has served in multiple positions through the years and is currently part of CBN's executive management team.

From 1984 — 1989, Ben was part of the CBN News division where he worked in a variety of roles as a producer, writer and editor. He also served on the management team as a news editor and supervising producer. From 1987 — 1989, Ben held the title of News Director for CBN News.

In 1989, Ben joined CBN International as the Director of International Programming. In this role, Ben worked in many different countries producing culturally relevant programs for international audiences.

In 2019, Ben Edwards was named Vice President of International Operations for Operation Blessing. Operation Blessing is a nonprofit, humanitarian organization headquartered in the United States and is part of the CBN ministry.

Ben and his wife, Phyllis, live in Chesapeake, Virginia. They have two daughters and three grandchildren. He is a graduate of the University of Texas where he received a bachelor's degree in Radio/Television /Film. He also received his M.A. in Communication from Regent University. 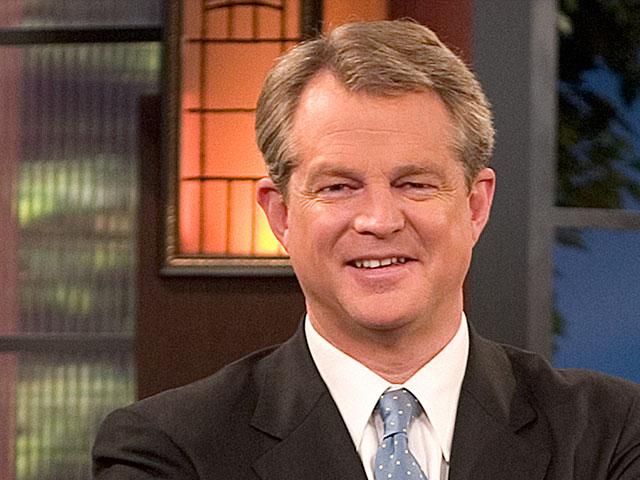 Gordon Robertson was named chief executive officer of CBN on December 1, 2007. Prior to becoming CEO, Gordon was the vice president of CBN International, the executive producer of The 700 Club and a member of CBN's board of directors.

The son of Pat and Dede Robertson, Gordon graduated from Yale University in 1980 and earned his Juris Doctor degree from Washington and Lee University in 1984. He practiced law in Norfolk, Virginia, for 10 years.

In 1994, Gordon moved to the Philippines and founded CBN Asia. In 1995, he also founded the Asian Center for Missions (ACM), dedicated to training and sending Asian missionaries throughout the world. ACM is now the largest missionary agency in the Philippines with more than 2,000 graduates trained in cross-cultural missions. In 1996, Gordon started CBN Asia's flagship television show, The 700 Club Asia, which is now one of the longest-running Christian television shows in the Philippines and is distributed by satellite around the world. Also in 1996, CBN Asia started a humanitarian organization, Operation Blessing Philippines, which has been recognized as "NGO of the Year" by the Philippine government.

Following the model created in Manila, Gordon started CBN centers in Indonesia, India, Thailand, Hong Kong, and Beijing in 1998 and 1999. After those centers successfully launched, Gordon returned to the USA in 1999. He now co-hosts CBN's original flagship program The 700 Club, as well as 700 Club Interactive, a daily show airing on ABC Family. Gordon oversees all aspects of programming for the ministry in both television and on the Internet.

Gordon is also the executive producer of Superbook, the reimagined animation series, whose mission is to bring the stories of the Bible to the children of the world. The new Superbook has been broadcast to 118 million viewers in 75 countries.

Gordon has also produced award-winning special programs such as Temple of Heaven, filmed in Beijing, China, in 2002; the three-time Emmy-nominated documentary Made in Israel in 2013; and The Hope: The Rebirth of Israel in 2015.

Gordon and his wife, Katharyn, reside in Virginia with their three children.

Sandra Santiago is leading the production of the new Club 700 Hoy. With her Latino roots, bilingual skills and 38 years at CBN, she is well positioned to help implement CBN's vision for the new television program.

Sandra was named Programming Director in 1998. In this role, she leads international production teams who create inspirational television programs and related social media content in various languages. Sandra also oversees and facilitates the dubbing and localization of CBN's Superbook series, which is now in 60 languages.

Sandra spent her childhood years in Ecuador, South America and later earned a B.A. in Communications from Vanguard University in Costa Mesa, California. During her lifetime she has visited more than 50 countries, but her husband Greg and daughter Anjelica are still her favorite people in the world.

As a producer and production executive, Steve Schaefer has managed projects for CBS, ABC, The Family Channel, and CBN. Among his credits is the Emmy Award-winning CBS Schoolbreak Special, Never Say Goodbye. He has also been listed in Who's Who in Entertainment. In addition to various children's programs, his credits include television movies shot in Canada, Los Angeles, and Virginia, as well as a dramatic series (Snowy River: The McGregor Saga) shot in Australia, and a sitcom (Big Brother Jake) shot in Virginia. For the past two decades as a Managing Producer for CBN, he has supervised programs in Taiwan, Hong Kong, Brazil, Mexico, and Ukraine, in addition to various productions based in CBN's Virginia Beach headquarters.

How may we help you?

Ask about our media products and distribution.